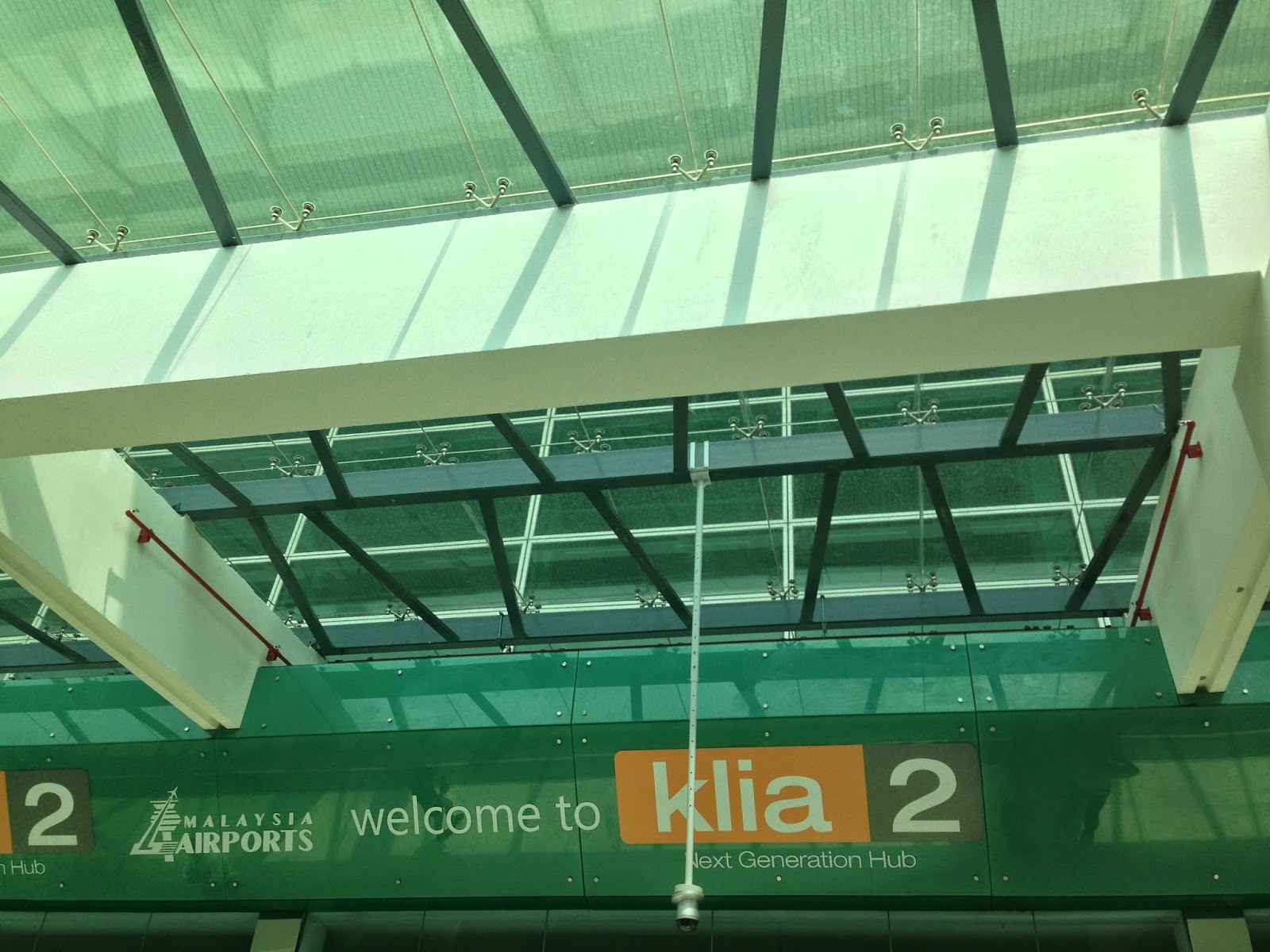 Hello and good afternoon! So on this post I would like to share a bit about klia2 (yes it's klia2 not KLIA2) which about to open in 9th May 2014. Yesterday was the Open Day and everyone was invited to have a tour at klia2 and have a look around it, from the terminal to departure hall to arrival hall to gateaway and EVERYWHERE in klia2. 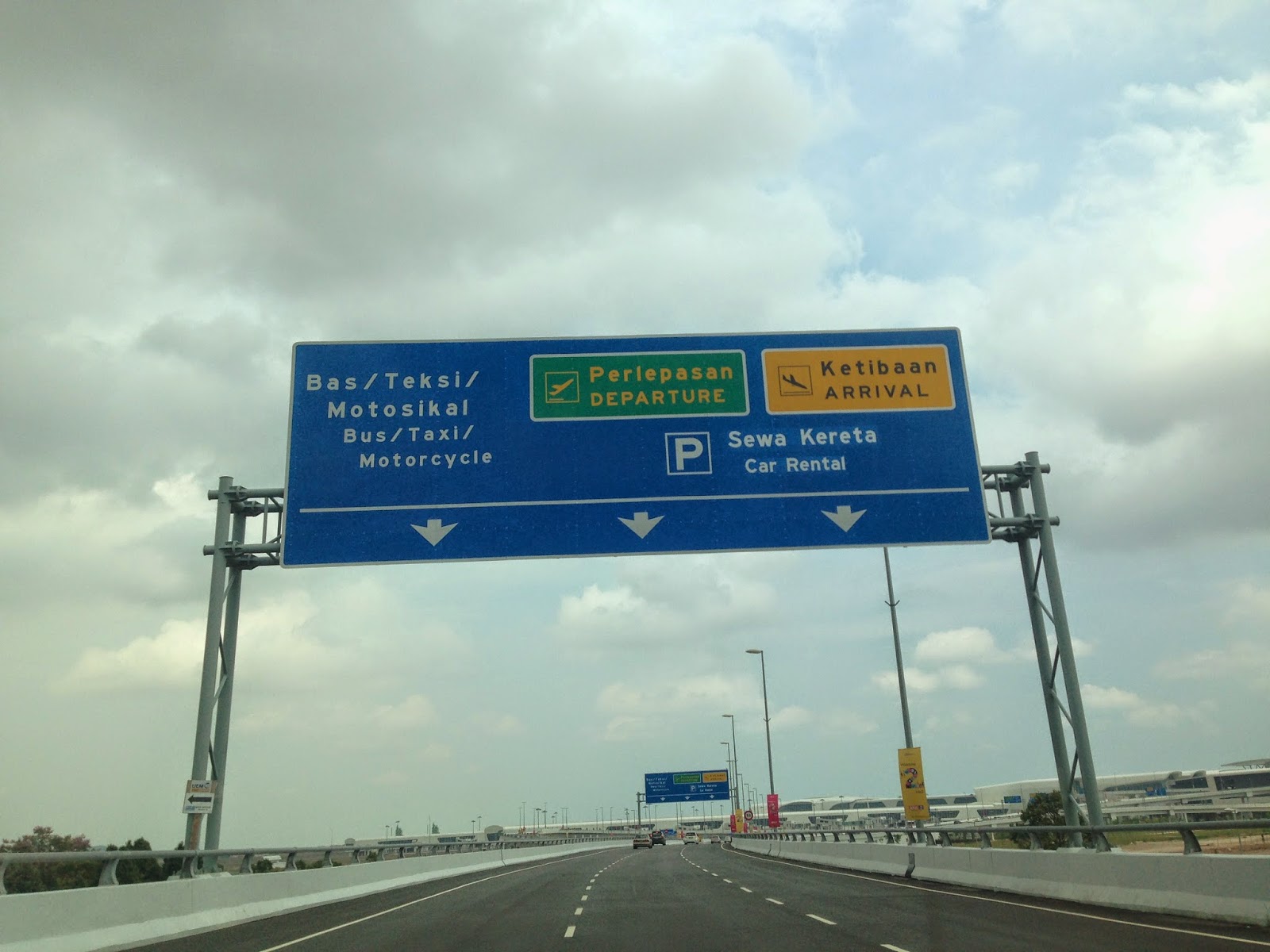 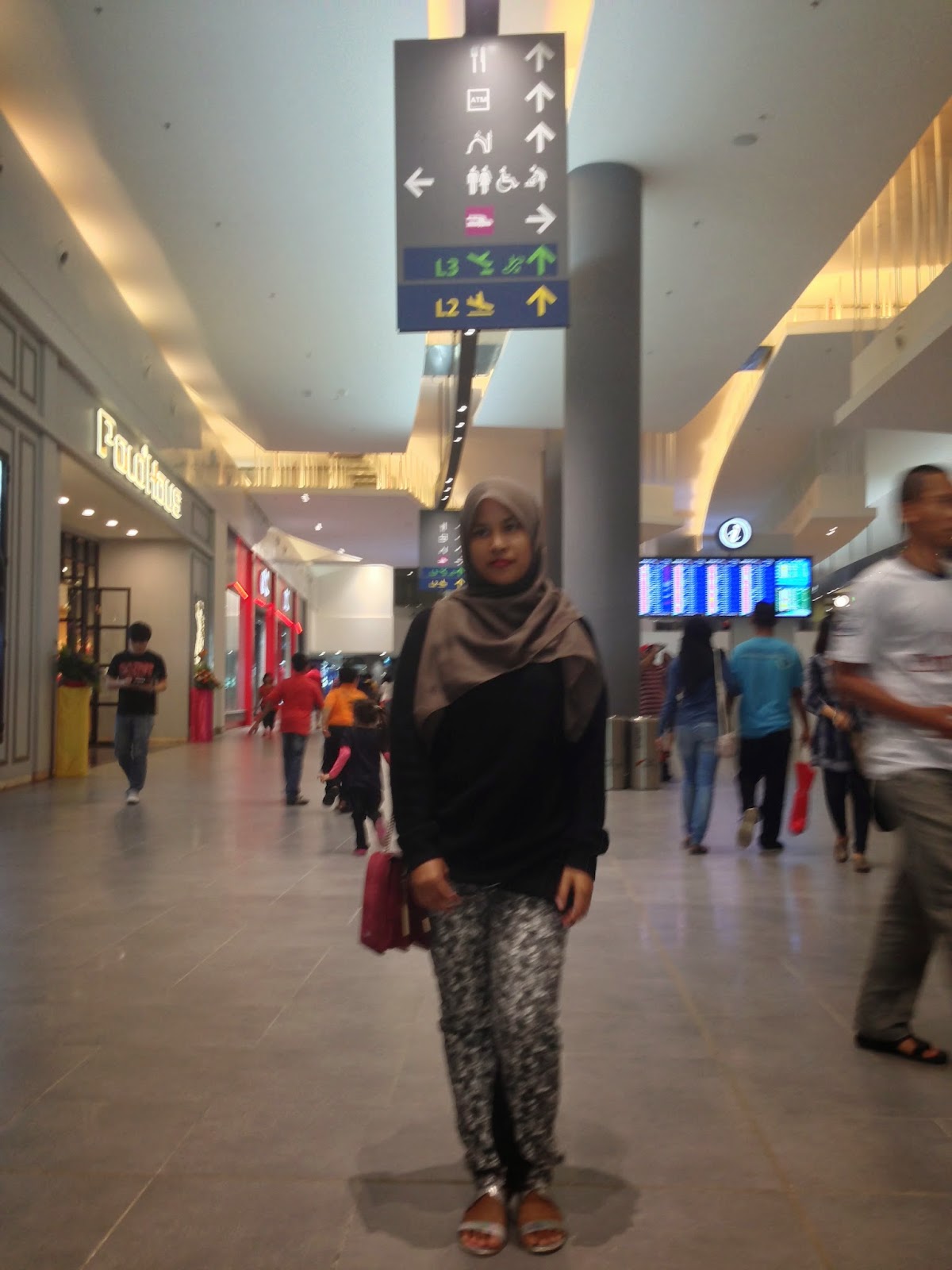 Excuse the ugliness of me in the photo above but just want to point out that I was at the 'gateaway' that is the shopping mall. Yes. I read in a news article saying that klia2 concept is shopping mall in an airport, or something like that. So, basically there are 3 Starbucks, huge Vincci, F.O.S, Gloria Jeans Coffee, The Loaf, Chatime and many more I can't remember. There are too many shops you don't want to come late if you have a flight. You'll stuck at the shops and lost your flight if you didn't come earlier. 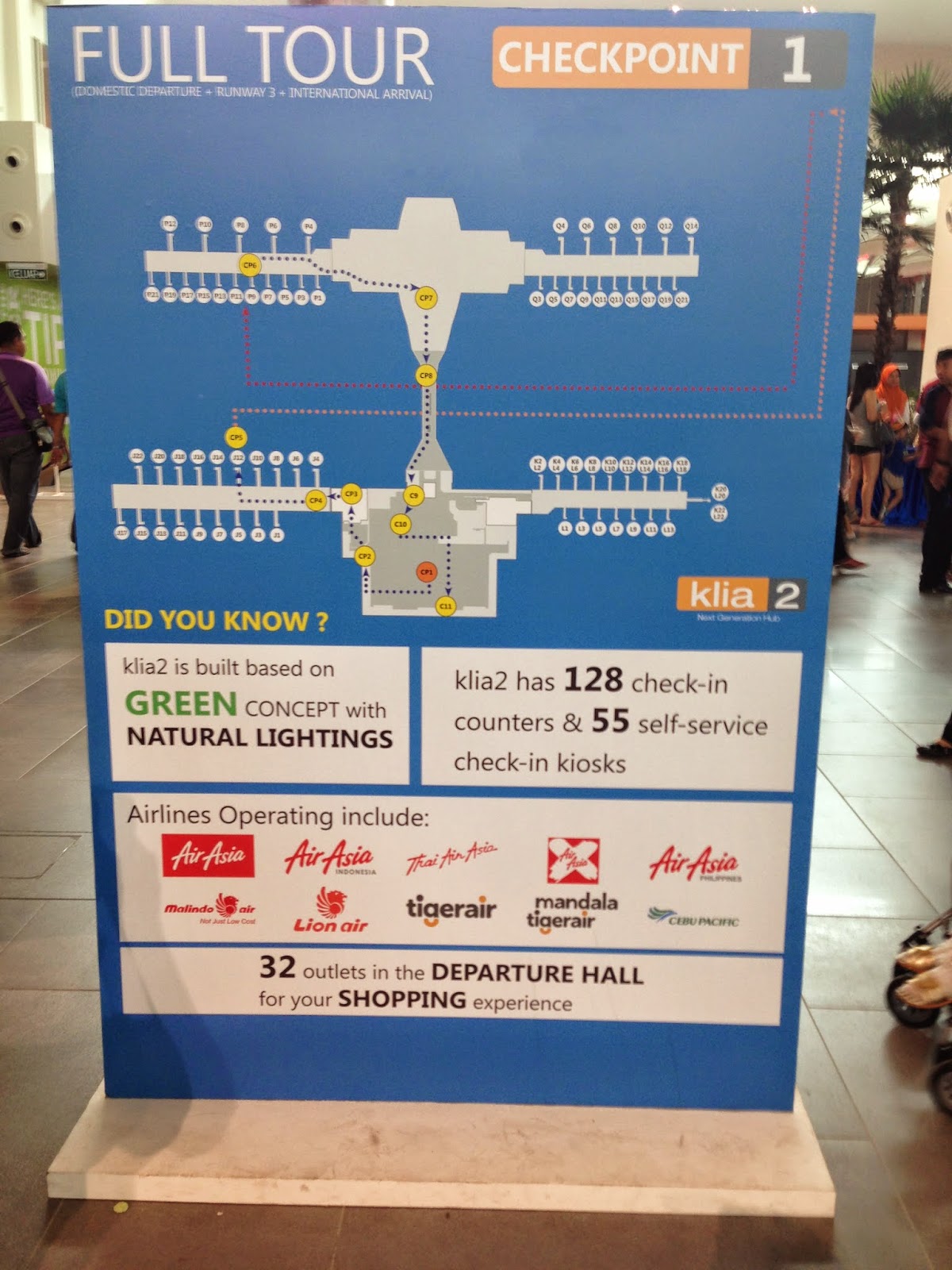 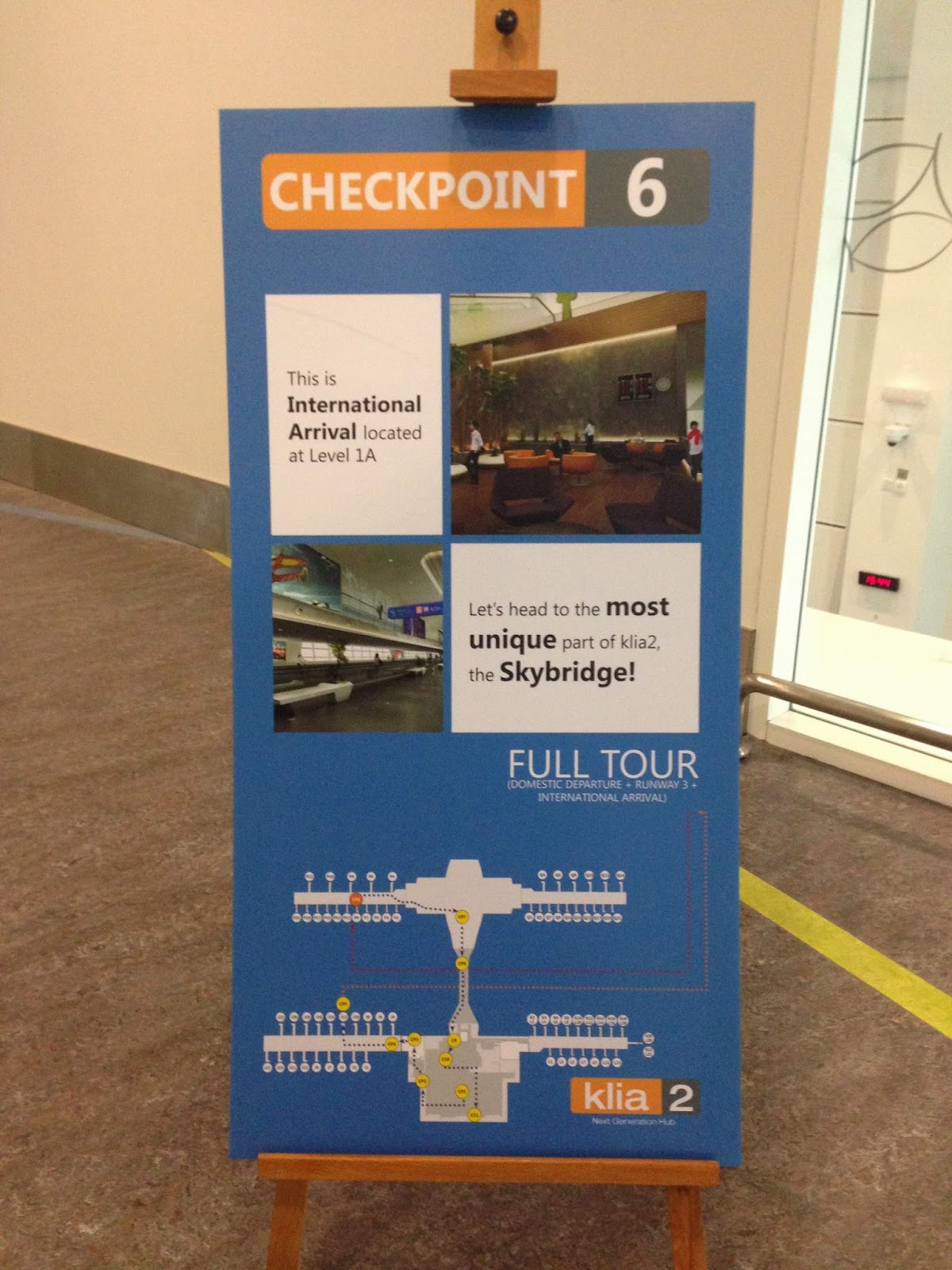 The full tour yesterday has 11 checkpoints but I only found 5 out of 11 checkpoints. Probably because we were too busy taking pictures of the airport. Well, there was a 'Selfie Contest' and everyone was excited taking their selfies with the boarding pass.

I was told the biggest airplane (airbus) can pass under the bridge. Isn't that cool? It's like the Tower Bridge in London. 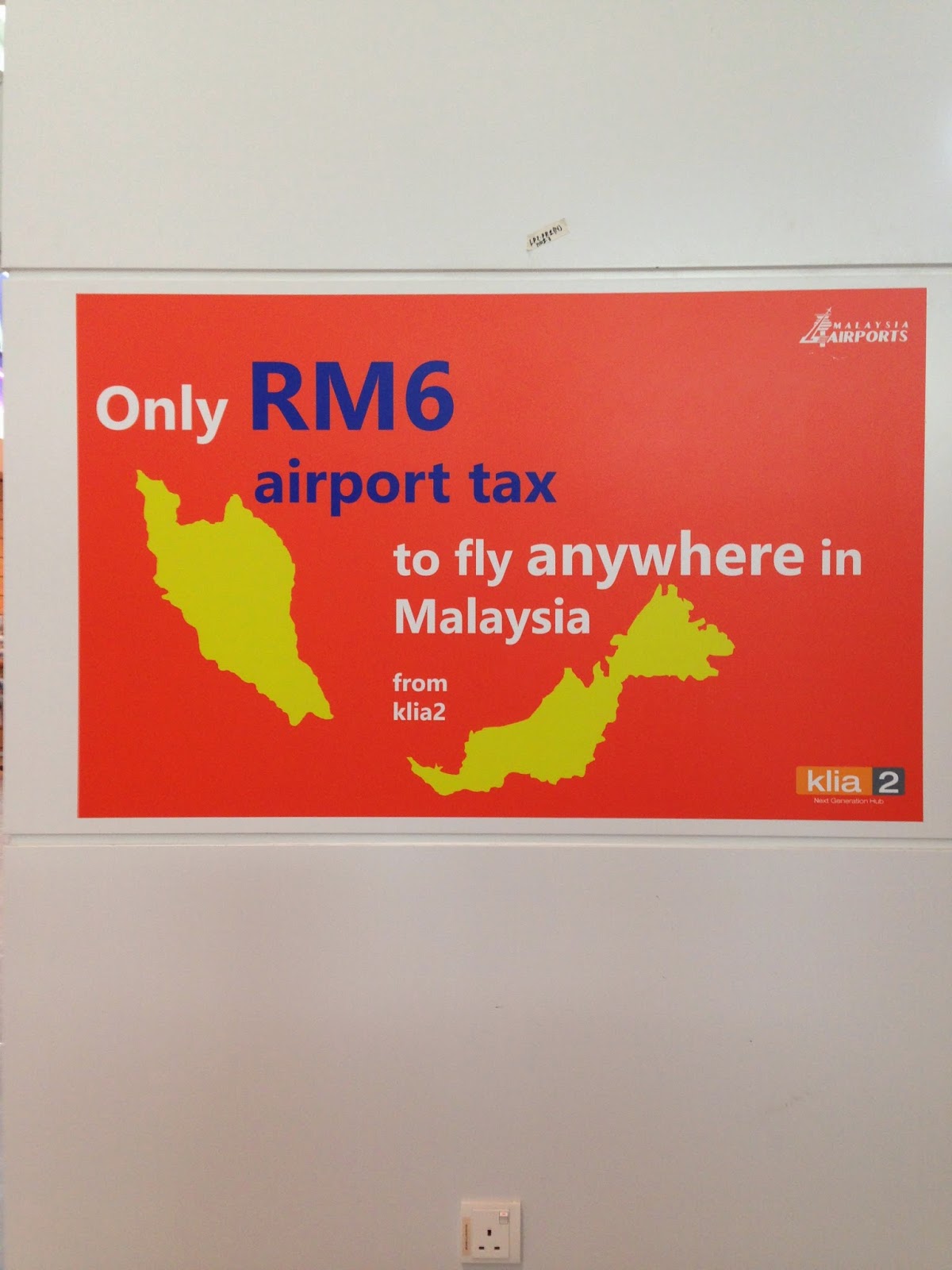 I would say that klia2 is hella big and you must lalu the shops before you can enter the terminal. It's a strategy to let you buy something before you fly. And the carpark, the nearest carpark to the terminal is near the DCA tower. 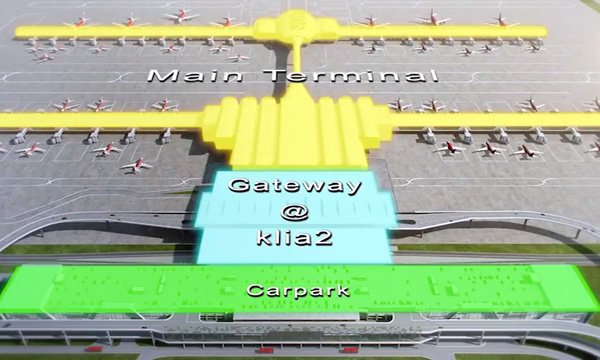 Posted by Unknown at 15:56 No comments:
Email ThisBlogThis!Share to TwitterShare to FacebookShare to Pinterest
Labels: info, klia2, personal 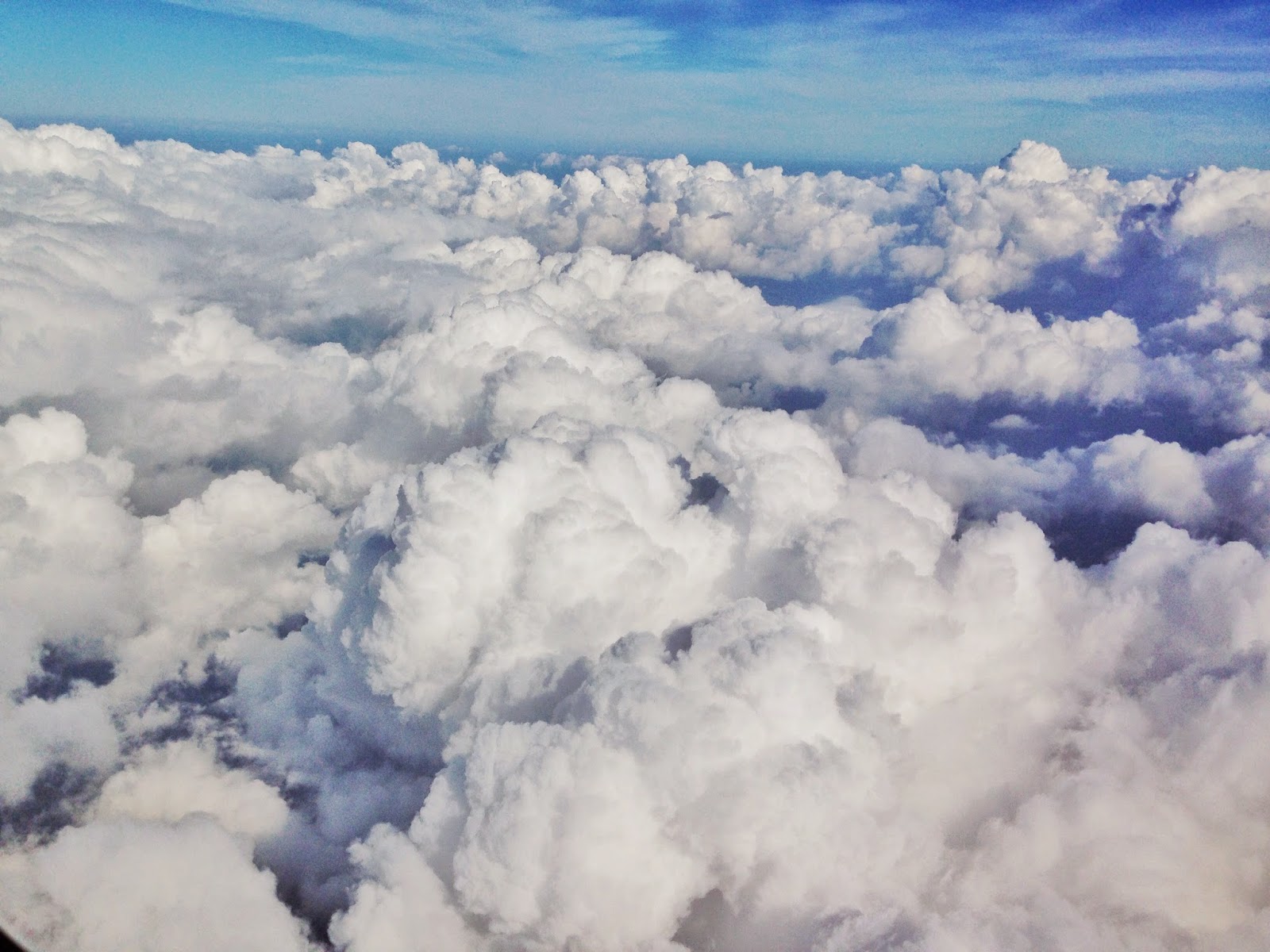 Just want to make a post, saying that my 4th semester just ended! YAYYYY! Tbh, I went through a lot of ups and downs this semester compared to previous semesters. What I afraid most is the result. I'm afraid that I might drop both of my GPA and CGPA. You know, I got around 3.9 in 2nd semester but then dropped at 3.7 in 3rd semester even though I was really confident in my 3rd semester that I will get better than previous semester. But Allah gave the best for me. I got 3.7 so that I will work harder to get back my 3.9. Maaaannn! This semester is really tough for me I'm not sure how I can grab my 3.9 again *insert rolling on the floor worrying emoji*

Toughest course this semester, is of course PR. I don't know but I can't 'eat' that course. The 'corporate-thingy' isn't my thing maybe. And the syllabus is crazy I tell'ya! With the sudden format change in the final exam, I'm sure most of the students in the Examination Hall cursed on the paper. To add to my frustration, my carry mark is really low compare to other courses and it was the lowest carry mark I ever get. Another thing, I failed the Quiz 1 and Test 1. I cried a lot when Madam Dae returned my paper. I felt sorry for her, like a lot. I'm sure she disappointed with me. I'm sorry Madam. I can't face you telling you this because I really do, feel sorry for giving such a bad result.

I really really hope that Allah will show a miracle for me. The only thing left now is keep hoping & tawakkal. I hope everything will be better, both my GPA and CGPA. Amin~ Please keep praying for me to get a better results for my 4th semester.
Posted by Unknown at 18:07 No comments:
Email ThisBlogThis!Share to TwitterShare to FacebookShare to Pinterest
Labels: personal, school
Newer Posts Older Posts Home
Subscribe to: Posts (Atom)