I used to play video games during my free time until I know the existence of the internet and photoshop. Recently, I get bored with it so I decided to play games and I remember some of my favourites games back then but not the name of the games. I can only remember Recoil.


RECOIL is a 1999 tank-based Windows computer game. It involves the player driving a stolen experimental tank known as the "BFT" (Battle Force Tank) through various missions. There is heavy influence on the wide array of weapons to be collected throughout the game. - credit to wikipedia 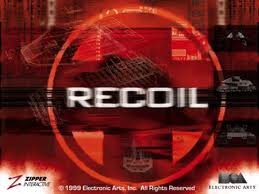 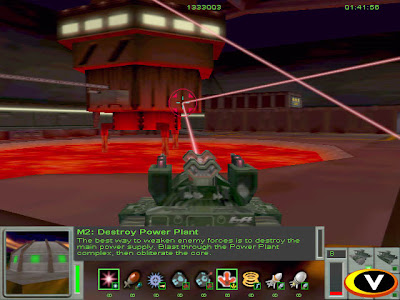 Will it make me a weird girl if I say I love this game? No doubt I really enjoy and love playing this game <3 It's more than a decade since the game released and almost a decade since I start playing it but this game never gets boring. The tense when shooting the enemies and doing the mission feels so great! The best part of the game is when I pick up the weapons and use different type of tank on different places. So, to bring back the old memories, I download the game and play it. I've finished the game for the second time in 3 days :D I went through a lot of troubles installing the game. Not full version, uncomplete missions, files can't be opened or installed and such. At last, I manage to install it by 'touching' the L"ocal Disk(C:)". So far there's no virus threat in my computer and I'm proud with myself because I manage to install this game despite always getting pop-up block saying "file can't be found" ^^


The whole game is centered on a central hub, in which the player character Blupi (alias Eggbert) can access all of the game's seven themed worlds. At first he can only go to the practice level, where he will learn most of the controls listed above. The rest of the controls are not shown to during the practice game; they are left for the player to discover these moves while passing through the levels. -credit to wikipedia 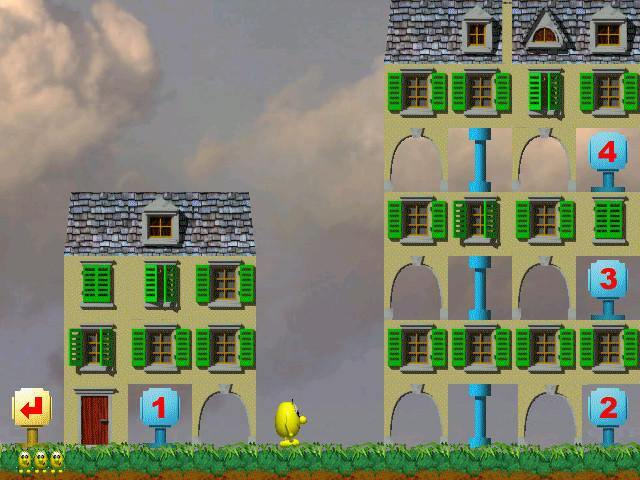 Another favourite game, it's a platform type game. The best thing about this game is I can create my own 'game' or 'level' from scratch. They provided some tools and I get to design the level myself. It's really fun designing it but I'm lacking of ideas to design it myself today since it's been years since I play this game. As I mentioned earlier, I don't remember the name of the game so I asked on Y!Answers. It was my first time asking Y!Answers and I got the answer in 5 minutes. I'm thankful to the person that answered my question. Just in case someone want to view my question, it's here. LOL, I explained like shit but someone actually know what I talked about XD


In Ore No Ryomi 2 the player acts as both the manager and the duty-performer of a restaurant. During business hours, the player needs to perform various tasks in the restaurant, including making dishes, washing dishes, disposals, etc by using keyboard keys. This game is really fun but sometimes you will get stress when you missed the customers orders. Well, the graphics is a bit..mmmm...low quality I know (lol all my fav games are actually low quality in term of graphics) There's nothing special about this game, but I really like it :) And, I asked Y!Answers to get the name of this game too. I remembered the name of this game has 'yomi' 'ore' in and I googled "oriyomi games", "okiyamiyaki games" but I got nothing. Here is the question that I asked.

This game is difficult but easy to play. I just have to jump and walk to the next level and there's not much movement to make but I still stucked at Level 2-1. I think I tried hundred times to pass that level but still couldn't make it. It's frustrating but I still like this game.
Posted by Unknown at 15:57
Email ThisBlogThis!Share to TwitterShare to FacebookShare to Pinterest
Labels: personal, recommendation